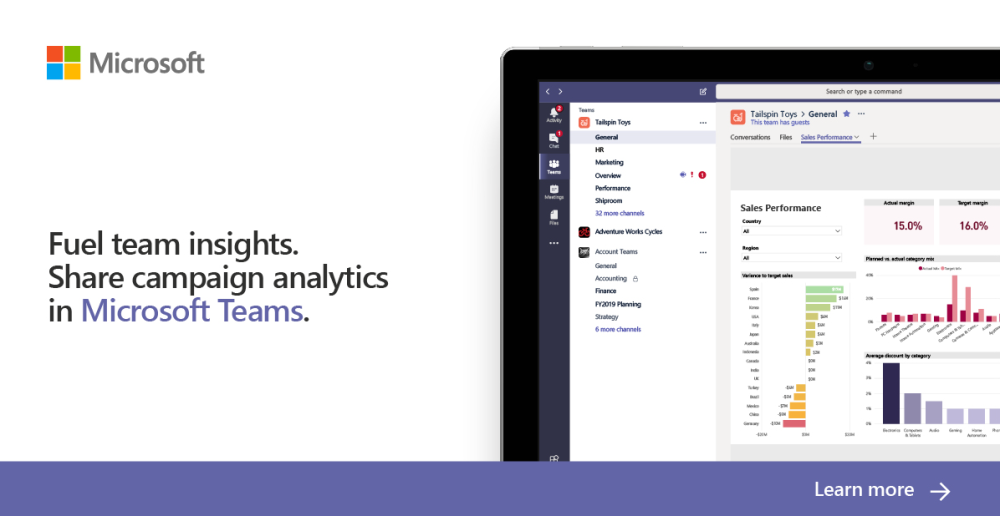 As a creative copywriter for the Microsoft 365 Studio, I developed short-form and long-form content for advertising, web, social media, paid media, product marketing, blogs, and video scripts for both B2B and B2C. I helped ideate, create, and deliver content for a 25-billion-dollar business and integrated marketing team across various Microsoft 365 and Office marketing properties. In my role, I worked with a diverse team of senior creatives, designers, and program managers in the studio to internal business partners, stakeholders, and external agencies.

Microsoft launched Workplace Analytics to empower teams to collaborate and work more efficiently. The Studio was asked to develop an interactive webpage and video to launch the new product and I provided creative insight and copy. 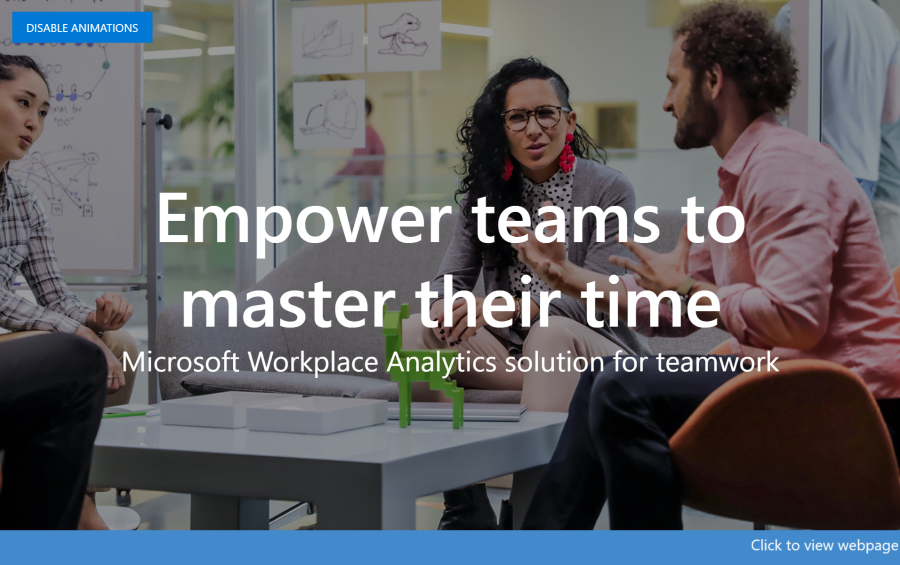 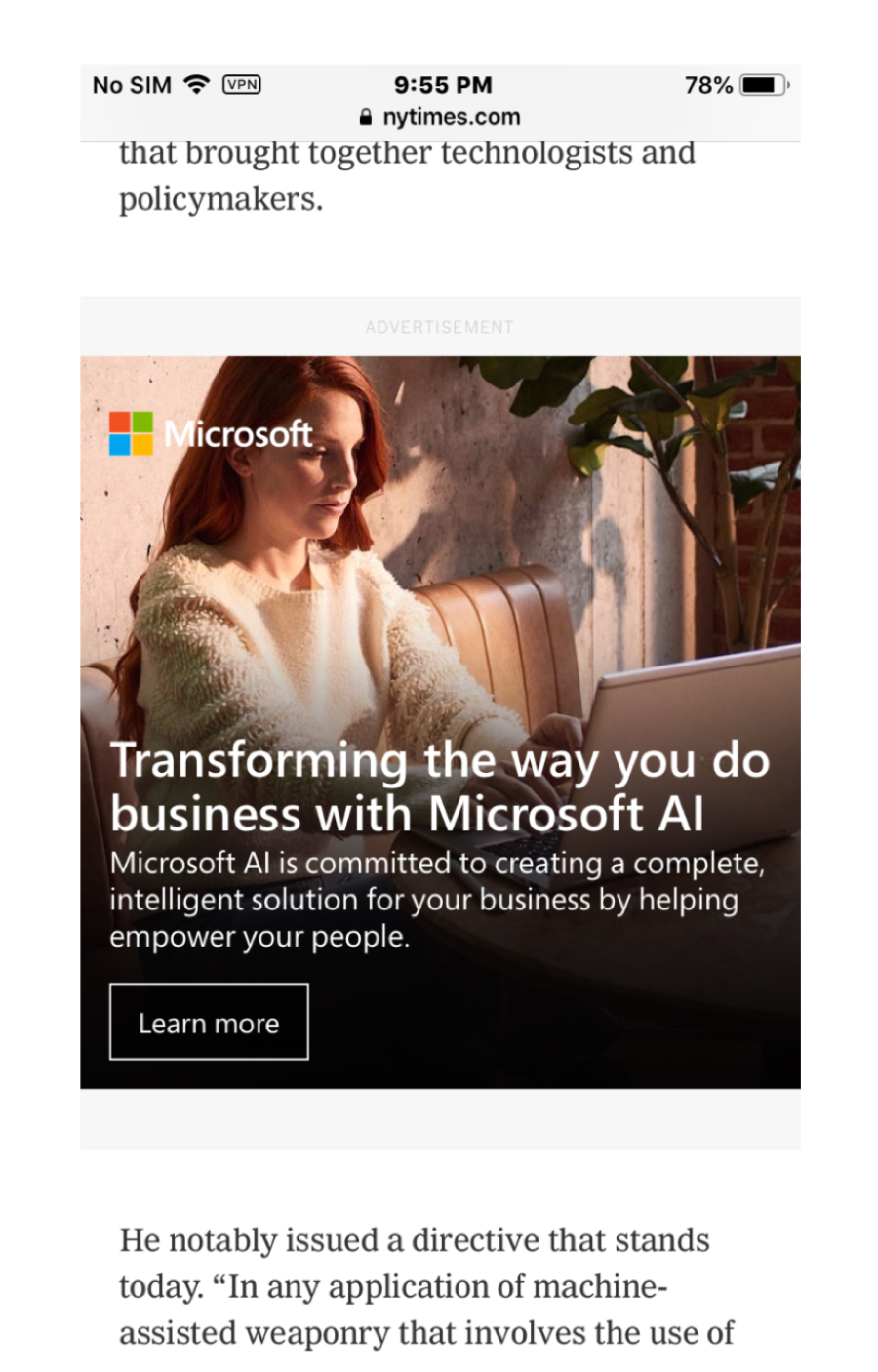 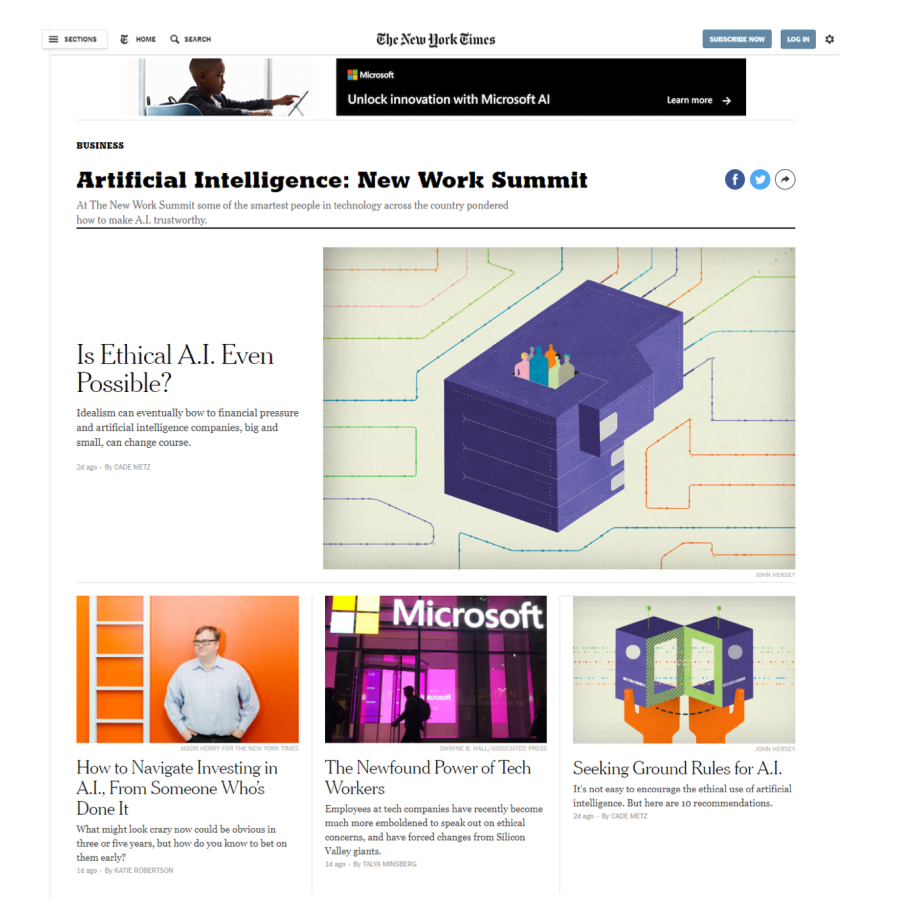 Microsoft Teams is the hub for teamwork. I developed copy on images used for a variety of assets including external ads and social media. 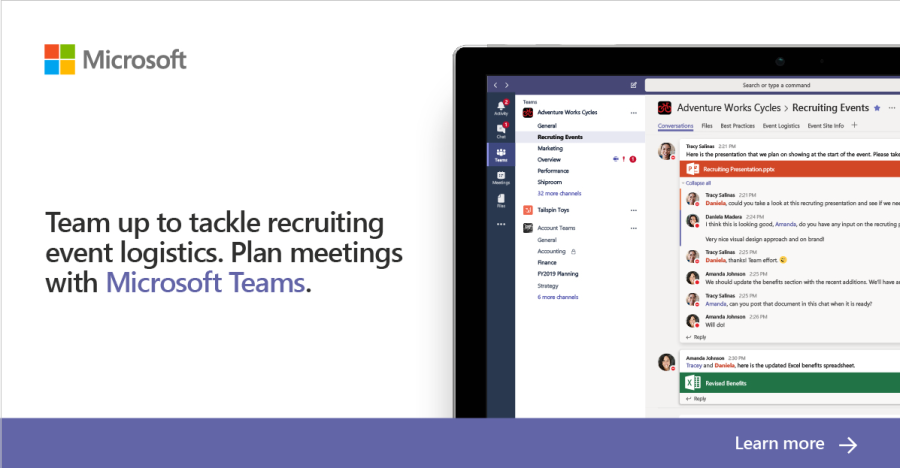 Microsoft Teams had its second birthday on 3.14, also known as Pie Day, and I wrote cheeky copy for Twitter. The post became the most engaged tweet to date on their channel, earning 188K impressions.

In addition, I wrote for Office for Business and other Office 365 channels including Outlook.

Celebrating our second birthday with some pi 🎉 pic.twitter.com/nuhbOK84WZ

As part of a partnership with WeWork, Office 365 offers 25% to members. I developed content, including microcopy and email marketing, to reach WeWork’s 268K members. 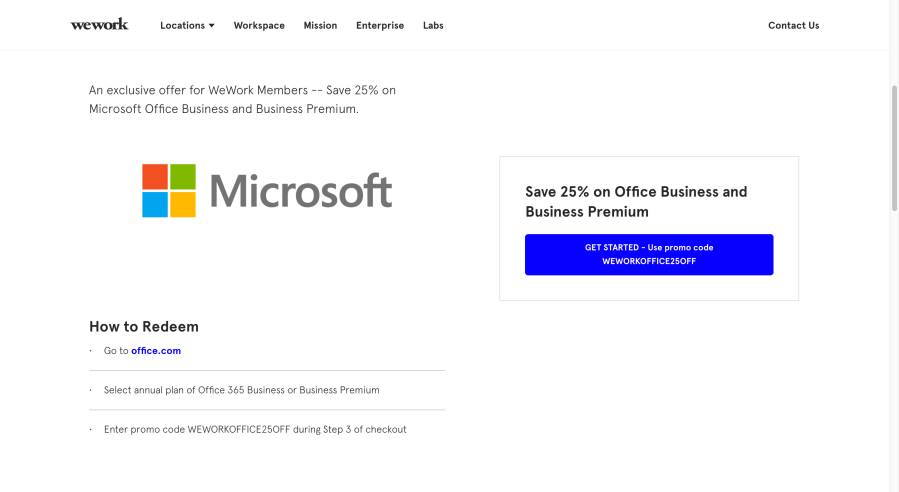 Previous Next
View All